A Second Successful Summer with STRIVE

As APTIM’s STRIVE Summer Internship Program comes to a close for its second year, it definitely has lived up to its name. STRIVE raised its expectations to make this summer internship one to remember for all our interns. The program included 18 interns from various backgrounds of study all over the country. Interns in pursuit of bachelor’s and master’s degrees in fields like civil engineering, marine biology, geology, environmental studies, and math joined APTIM from Massachusetts, Florida, Colorado, Louisiana, Virginia, and more. With representation in groups across APTIM such as Fuels Engineering, Environmental, Coastal, Marketing, and Communications, working on various projects involving groundwater sampling, SCUBA diving, and climate adaptation, the interns got a taste of just some of what APTIM does.

The 12-week program contained many aspects that kept the young professionals engaged, such as the weekly “Coffee Talks.” Holly Castello, the organizer of the STRIVE program, developed these sessions during STRIVE’s inaugural year, and they were so impactful that she kept them rolling into year two. The “Coffee Talks” introduced seasoned employees from all over APTIM to talk about their role with the company and their own career journey and provided a way for the interns to ask questions and see how diverse the company really is.

One of the most impactful parts of this program was probably the Big Finale of the group projects. From day 1, the interns were introduced to their summer project of identifying and developing a new idea that APTIM should capitalize on as a company and present their findings at the end of the 12 weeks. This year, presentations were made in Denver, CO, where all the interns got to meet face-to-face for the first time. This meeting showcased three teams and three incredible ideas that were received by APTIM leaders that can be implemented in the company. The presentations showed how our young leaders are able to see where the future of the company should go and see trends in the world through a new lens. As an added bonus, three STRIVE alumni from the inaugural 2021 Strive program were part of the meeting to support and show that the internships can turn into longer-term careers with APTIM! Holly Castello commented on the in-person session, “the entire day was energizing as the interns were able to share new ideas, ask questions, and engage with some of APTIM’s career professionals and members of the leadership.”

A takeaway from the August meeting is that APTIM cares about the younger generation’s voices and provides a safe and comfortable environment for them to speak straight and have a company value their opinions. As the STRIVE internship program comes to an end in August, some interns will return to school, some will have new skills to tackle the workforce, and some will be joining the APTIM family to continue their careers. 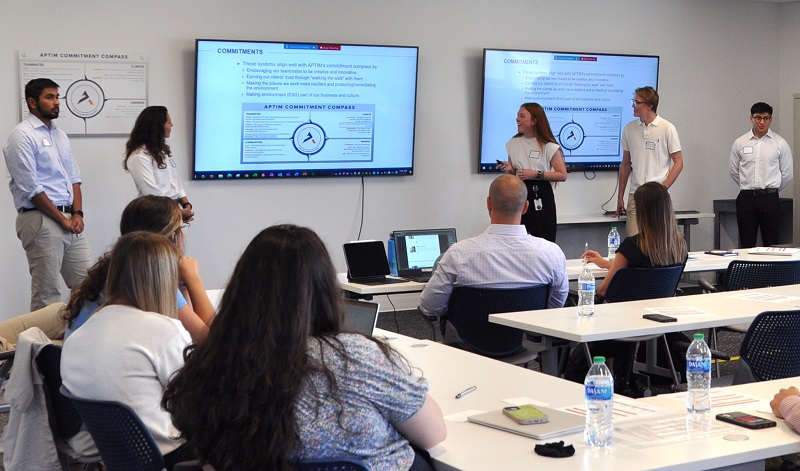 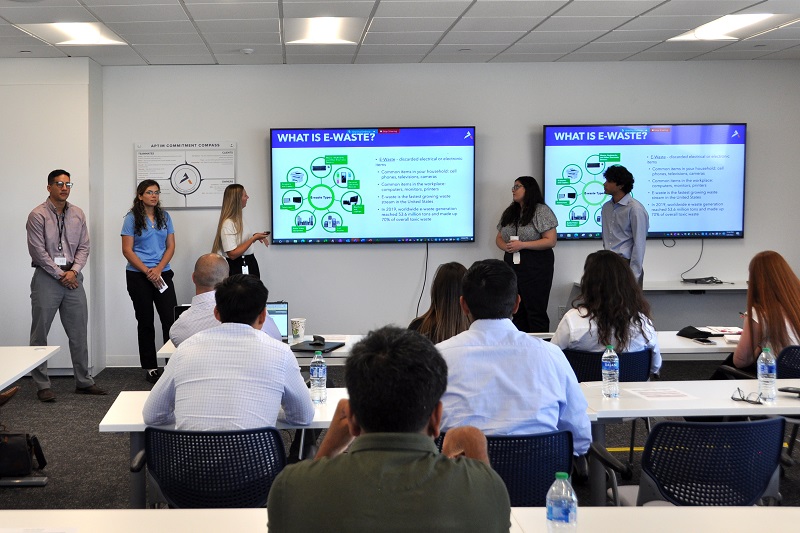 We STRIVE to be extraordinary.

To learn more about STRIVE or to plan your application for Summer 2023, click here.

By Emma Honis and Linda Gardiner