On September 1, 2005, three days after Hurricane Katrina hit the Gulf Coast areas of Louisiana, Mississippi, and Alabama, the United States Army Corps of Engineers (USACE), New Orleans District asked APTIM’s Emergency Management and Disaster Services team to provide temporary pumps for the task of unwatering New Orleans. Within two days of the initial request, we mobilized crews and equipment to begin pumping floodwaters out of the city and into the city’s extensive canal system and the adjacent Lake Pontchartrain. To ensure rapid response and ample resources, we subcontracted five of our Louisiana-based construction partners: Boh Brothers, James Industrial Construction, Gibbs Construction, Volks Constructors, and Cajun Constructors.

Our team staged essential resource supplies as well as more than 350 portable pumps all in a state of operational readiness. The diesel-powered pumps ranged in size from 6 inches to 42 inches. Temporary pumps ran an average 16 hours per day; APTIM was responsible for all staging, fueling and maintenance of equipment. At the height of operations, 125 temporary pumps were deployed, with the remainder on standby. The pumps used an estimated 200,000 gallons of diesel fuel. Peak temporary pumping rates exceeded one million gallons per minute, and the combination of temporary and permanent pumps allowed for the removal of more than 50 billion gallons of water in 17 days.

APTIM supported the operation by establishing a fuel depot capable of supplying 50,000 gallons of fuel per day, as well as multiple housing facilities staged on barges that were docked at a site strategically located for access to the city and affected areas.

Pump Station Repairs: APTIM provided necessary logistics to assist the local water and sewage personnel in the repair and restart of 29 permanent municipal pump stations normally used to pump storm water into the canal system. The stations were rendered non-operational when submerged following the storm and floodwater surge. Using temporary pumps for the unwatering task, our crews allowed for local authorities to gain access and entry to begin the repair and restoration process to their pump stations. One station in New Orleans East, No. 15, could not be reached by street and was accessed by airboats. Inside the stations, we set up temporary pumps to remove standing water. Our teams then cleaned debris and silt deposited by the floodwaters and pressure-washed the residual sludge and grit scattered throughout the stations. Several stations required temporary roof repairs. With the interior of stations rehabilitated, APTIM repaired electrical system components, including replacing wiring and switch gear. The age of the electrical systems—many of the pump stations were built as far back as the 1890s—caused our crews to repair the parts since many were too old to be replaced. At the Citrus Pump Station, the permanent pumps were restored to service with power provided by three 2-MW generators and three step-up transformers. Generators were delivered and set up in three days. 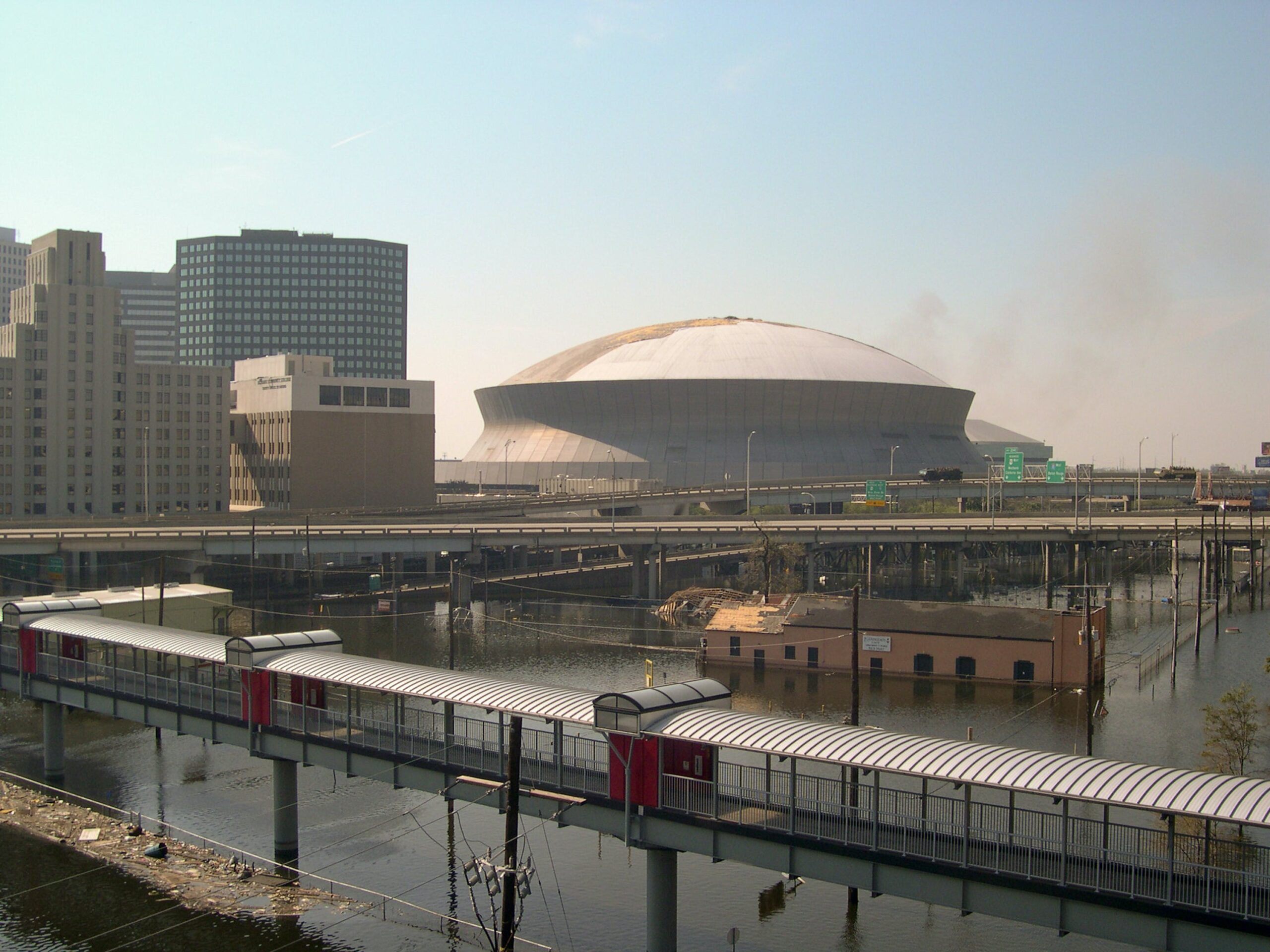 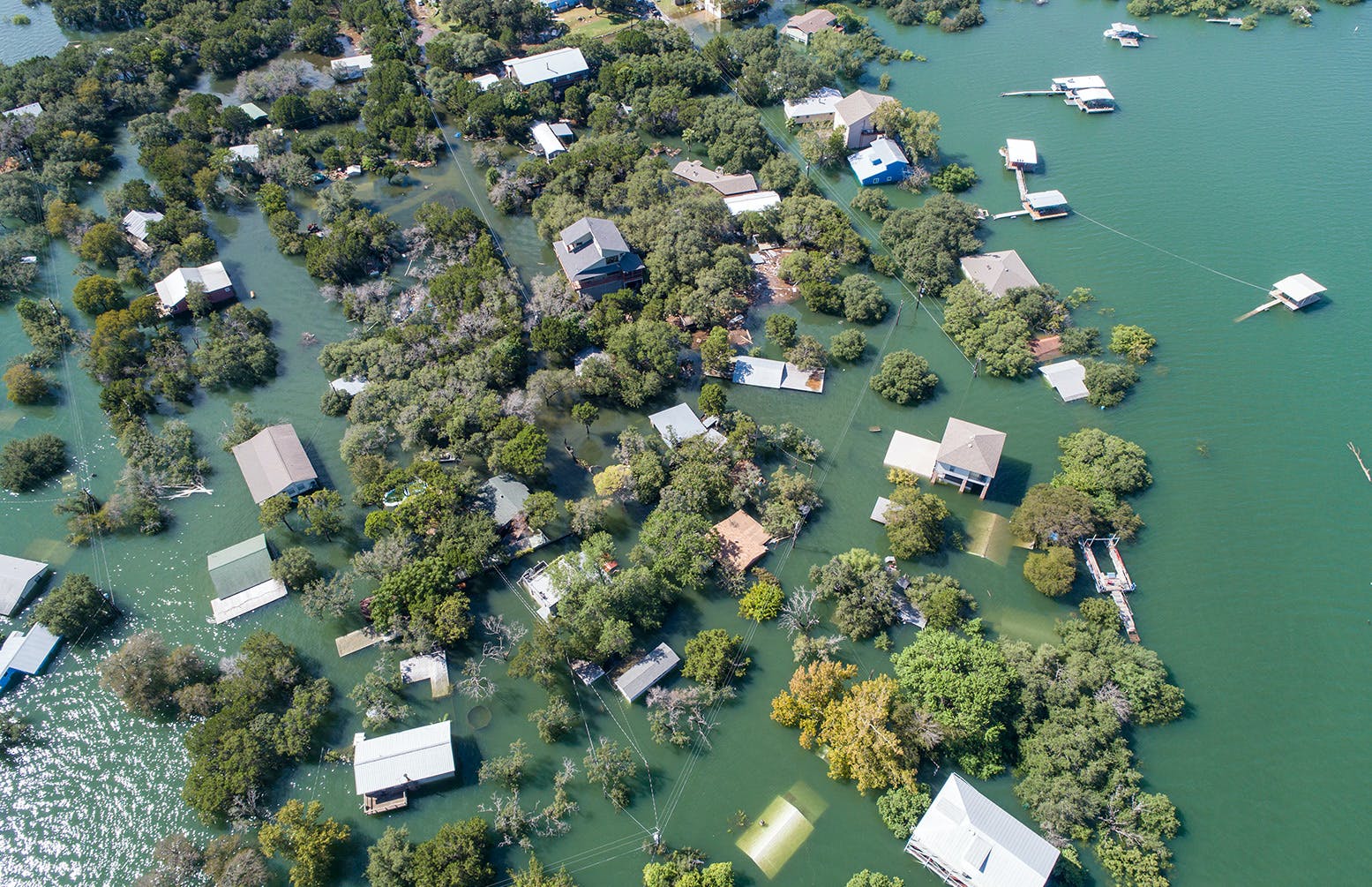